Death: the easiest way to receive a college degree 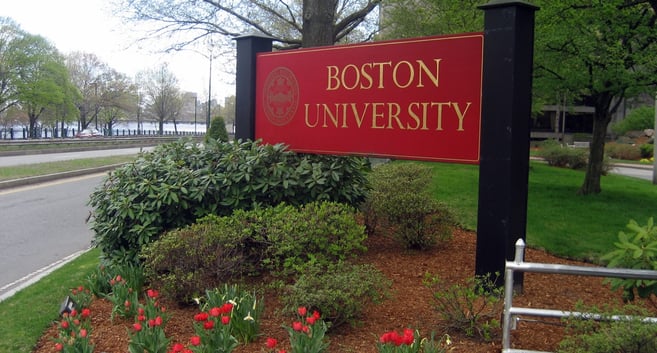 In this backwards-upside-down-Stranger-Things-society we've come to accept as the cultural norm - one University has sunk the sinking ship even fucking further!

It was reported on August 12th,  that effective fall 2020, Boston University will start offering POSTHUMOUS DEGREES. For those having to google posthumous - If you die as a student they will give you a piece of paper saying you graduated.

I'm sorry, WHAT?! How morbid can you get?

For starters, who is this supposed to comfort? Obviously, the student won't care at this point. They're not going to do anything with it. So, is it for the parents? Because, this should really come as a comfort to them, no? They may have lost their child, but an honorary diploma will surely alleviate the loss. No, that doesn't seem appropriate either... Hmmm... Then, clearly, this must be for Boston University. This way they can publicly display "what good guys they are" by remembering INSERT STUDENT'S NAME HERE fondly while simultaneously covering their asses.

And to be clear, one does not simply acquire a diploma. Your department has apply for an honorary diploma on the deceased's behalf. If a student is in poor "academic standing" they may not qualify for a degree.

“The student’s committee must have determined the scholarship to be substantial work and worthy of the degree,” the policy stated.

WORTHY. A young adult is dead and we are talking about worth?

Secondly, this is all especially concerning, because Boston University, despite the Boston city councilor urging them to do the contrary, still intends to hold in-person classes. Meaning:

What's even slim-shadier about the whole ordeal is that a spokesperson from Boston University has said that this has NOTHING TO DO WITH COVID.

“The development of this policy began in 2013 with the intention to make a difficult discussion and decision more transparent,” the school said.

Really? You sheepishly implement a new policy on June 12th - in the midst of a Global Pandemic and Black Lives Matter protests - make no public announcement of this policy and then have the fucking gawl to say TWO MONTHS LATER, once questioned, that this has nothing to do with the deadly virus that you are requiring your students to potentially come in contact with - FUCK OFF. I've got shit stains more transparent than you, BU.

And do you know how they are combating that loss? They are RAISING TUITION. They didn't publicly say that part - they just did it. One student said his tuition went up by $4000 despite the fact that the majority of his classes are online.

And for a number of graduate students on scholarship, they were told they would lose their scholarship if they didn't return to campus. Apparently, the "Learn From Anywhere" policy they've been bragging about only applies for certain  students.

So it comes down to dollars like it always does. Perhaps it's because on July 8th, the New York Times reported that The Trump Administration is threatening to cut funding if schools don't fully reopen? Is that why Boston University is mindlessly pushing students into an unsafe environment? So, they can fill their pockets? If that's the case, why not be transparent about it? Why not say, "we need to open" and then offer alternatives to your students who have paid you hundreds of thousands of dollars?

If finances are the real reason, which they presumably are, then that's why they've implemented this policy. So, IF a student dies, they can still look the "hero" in the public eye. That way they can still profit off of a student's death...

Also, speaking of honorary degrees: This is the same University that didn't initially revoke Bill Cosby's honorary degree and said, “We’re still monitoring legal developments in the cases.” — Statement from October 2015. This was said well after there was more than enough evidence.

See all
This is College LLC
College Media and Events
info@thisiscollege.com
4 Albion PL
Boston, MA 02129
CONTACT US
Get Answers
FAQ's
COPYRIGHT © 2020 This Is College. All rights reserved.